Haemophilia is a genetic disorder, inherited in an x-linked recessive trait and characterized by a deficiency of coagulation factor VIII (Haemophilia A - prevalence 1:10.000) or IX (Haemophilia B - prevalence 1:25.000). Therefore, with a few exceptions it primarily affects males. Female carriers frequently show reduced factor VIII or IX activity. Due to the second, healthy X-chromosome, however, severe courses of haemophilia and extreme bleeding complications cannot be observed. In about 30-40% of cases, there is no positive family history of haemophilia; it arises through spontaneous mutations.

The lack or defect of clotting factor VIII respectively IX leads to an increased bleeding tendency in people affected. Their blood does clot with delay or not at all, which causes spontaneous as well as traumatic bleedings in muscles and joints. Mainly affected areas are joints of ankles, knees and elbows. Most of the times, joint bleedings come along with pain, swelling, fever and loss of mobility in the particular joint. In addition, bleeding only can cause structural and neuromuscular changes in the joints affected. Repeated bleedings in the same joint may often lead to a haemophilic arthropathy which is a secondary, inflammatory form of arthrosis.

The haemophilic arthropathy is regarded as one of the most common joint diseases in people with haemophilia. In the course of haemophilic arthropathy, further functional adaptions of the musculoskeletal system take place, such as loss of joint mobility, contractures or atrophies in the surrounding muscular system. These adaptions result in limitations of physical performance. Next to reduced coordinative skills and a deficit in strength performance, people with haemophilia reveal a generally reduced physical activity and a decreased endurance performance. Particularly the motoric skills strength, coordination, and mobility** play an essential role in terms of maintaining joint function. Deficits of these motoric skills result in a higher stress for the joint, which again leads to a higher risk of bleedings. A vicious circle consisting of increased bleedings, decline of joint structure and function as well as reduced physical performance emerges. 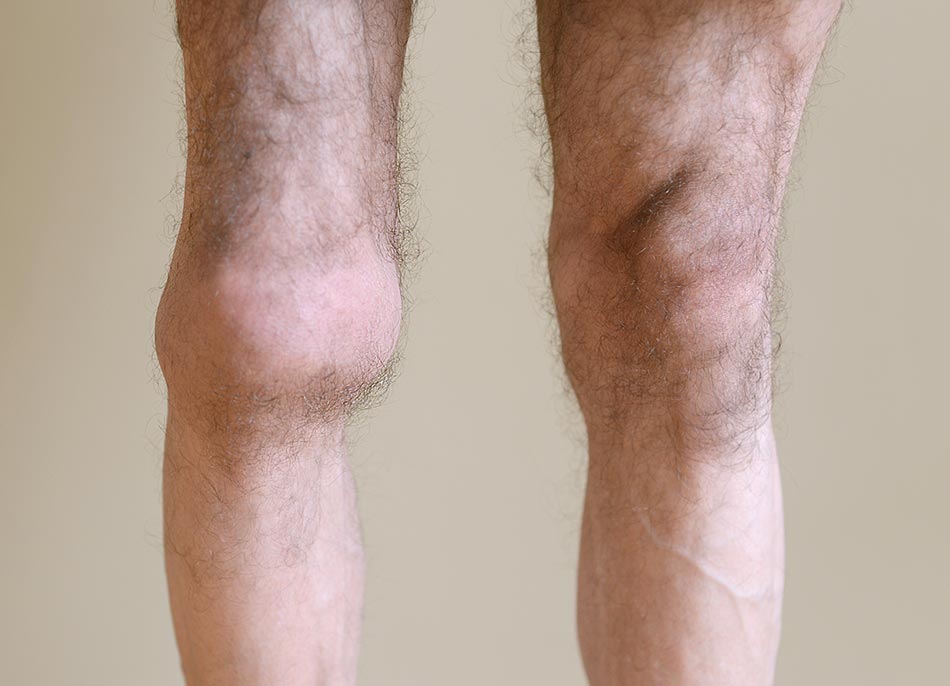